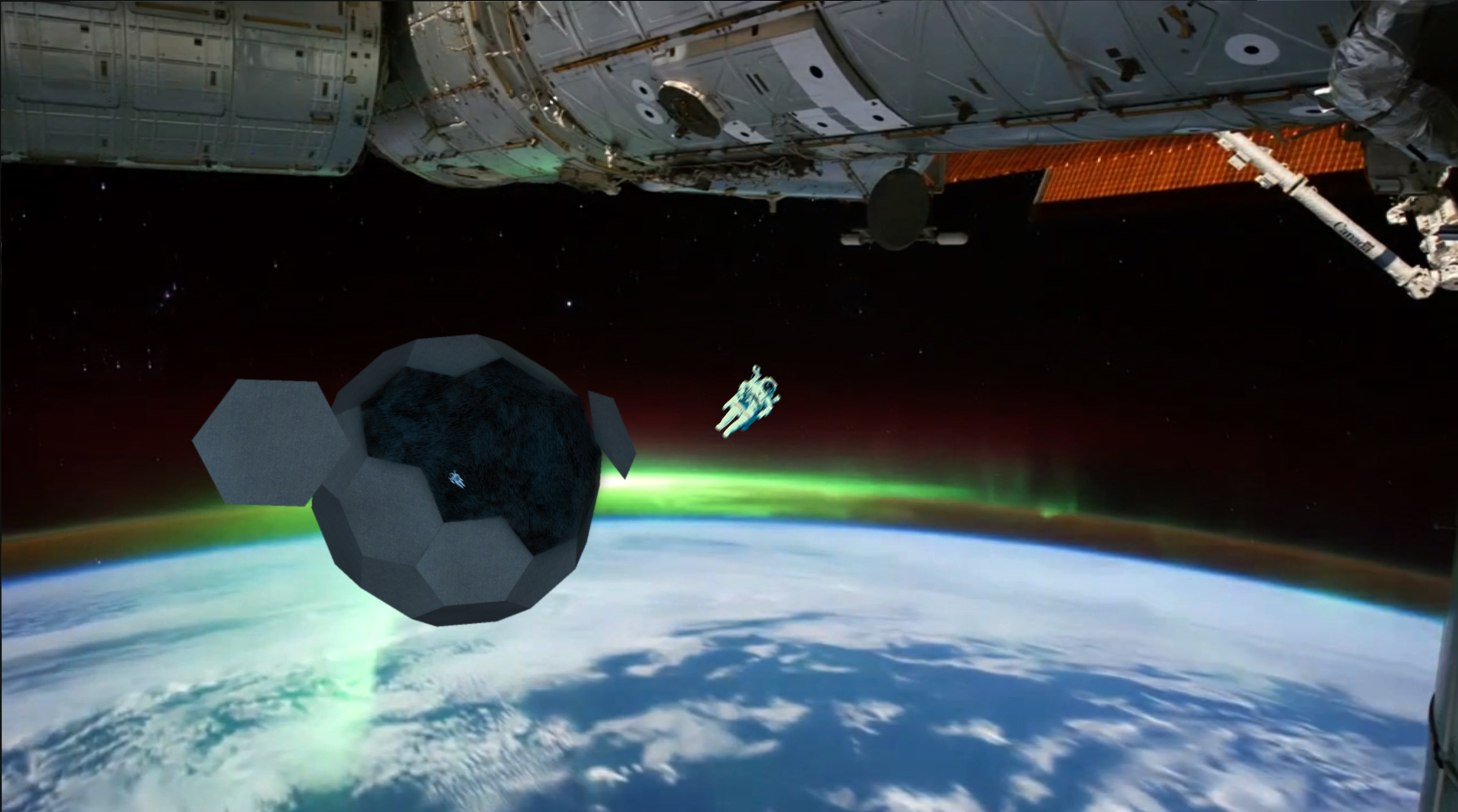 Dominion Space Systems is working to settle the solar system with geodesic domes, spheres, cylinders and plates of enormous size, 60 meters or larger (half the length of a football field) which can be launched with existing rockets and self-assembled in low-Earth orbit. From there the structures would be moved by chemical propulsion to the Moon, Mars, Asteroid Belt, or anywhere in the Solar System and put to use for human habitation or in-space manufacturing.

The Lunar Ice Collection System uses self-assembling smart panels to construct a self-powered system of spacecraft that can collect ice from the Moon and convert it to hydrogen-oxygen rocket propellant for use in orbit or on the surface for human habitats. The system produces 3 times more fuel than it needs to operate continuously. Once it is started the system can produce water, fuel and energy without bringing it from Earth.

In 2018 we applied for a US Patent for the The Lunar Ice Collection System.

In 2018 we proposed a test of the Lunar Ice Collection System as part of the Payloads for Commericial Lunar Landers program.

In 2017 we submitted an SBIR proposal to build a subscale prototype of 2 test panels for $125,000 to NASA. Here is a brief summary:

In 2016 we entered the NASA iTech competition with our proposal for Self-Assembling Space Structures and we were selected as one of 25 semi-finalists.